Time for a Change

So lately in my community of people we’ve all had this theme in our lives where we feel lost, but we know where we are going. We arent exactly sure how to get there or if we should keep straight or turn left or right, but we know whatever we choose we’ll be ok. We’ll get to where we need to be.

I’ve been staying that course almost all year.  I’ve been purging. I feel almost like I’m shedding skin. I don’t know if it’s because ya girl is knocking on 30s door or what, but I’ve been in the spirit of “this shit has gotta go” and so it’s been going. However, lately I had been feeling cramped and cluttered even though I had purged everything I thought I possibly could. I just wasn’t happy. Now, as a Libra it’s in our nature to be indecisive, but I literally couldn’t make a damn decision. I was supposed to be finalizing birthday plans that I just couldn’t decide on. I’ve been going back and forth on things that should’ve be a piece of cake to decide on.  I didn’t realize anything was wrong until I was on my way to do something I had absolutely no business doing. As I was driving I just thought “why do I keep allowing this? Why am I acting like a passenger when I’m clearly in the driver’s seat???” -Now I will say what I was on my way to do influence this sudden revelation.- It was my “ah ha” moment. It was the push of anger I needed.

I swiftly turned around and went home. While sitting in my driveway –where I do some of my best thinking– I decided to delete social media. Usually when I take a break, I just put the apps in a folder and put them on a page by themselves, but during my break I may cheat and look. This time I straight deleted the apps. No cheating. I honestly was tired of reading y’all opinions and thoughts. It’s some of the best peace I’ve had in a while. I honestly thought I would miss it, but nope. Not at all.

Around the 5/6 day of my break I decided to clean my dream/goal journal out and rewrite my notes so they were more organized and I discovered I’ve been writing the same goals/dreams for years. Every year, same.fucking. goal. I went ahead with what I was doing, but this bothered me. That night while surfing YouTube I ran across what I like to call “adulting” videos; Financial and minimalist videos. Your typical ‘things I don’t buy’ or ‘10 ways you’re wasting your money’. All of these videos resonated with me because again I’ve been purging and feeling cluttered. The more I looked around the more I just saw…. stuff. Just a lot of stuff that I really don’t need/don’t use. I hold on to stuff people get me just cause I don’t want to feel bad for letting it go –when in fact they probably don’t remember gifting me it anyway– so the more I watched the more I became invested.

The next day I woke up in what my mom called a “Katie rage”. My grandmother, Katie, will get in these moods where everything has to change and change right then because she’s tired of saying it and she fusses and complains until it’s done. Whether it’s cleaning the house or redecorating it’s getting done TADAY! -yes that’s right, ta-day– Now I must add that I was sick with an upper respiratory infection so I had been off work during this social media break and I had a lot of time to sit with my thoughts. So that day I woke up with a clarity I haven’t had…. possibly ever? My mom and I purged, cleaned, and redecorated which I’m soooooooo happy with. I work from home so I have wanted my space to be nice, ascetically pleasing. I’ve been focusing on just my bedroom for a while, but it was a lot of stuff in my house that had been in my house since I moved out of my mother’s house which was… 7/8 years ago? I was just tired of looking at it. I literally threw what seemed like half the apartment away. Sa la vie! -la vie!-

I will say my thoughts have been clear and focused, but I can’t seem to shut them off. I feel like I’m on a drug at times, but the results have been good so I’m kind of ok with it –lol-I won’t say I’m a minimalist. I dig the concept. I take some of their lifestyle and apply it to my own because we as Americans do over consume. Families in need probably wouldn’t be if some of us just learned that less is more. We don’t need a lot to survive. While I LOVE my closet –and awesome fashion sense wink wink lol- I don’t need all the clothes in my closet and could probably dress a whole 2/3 people and still be able to dress myself with my entire wardrobe. We really do live in excess. However I can’t let my closet go- even if I can’t wear half of it lol-, but I can control what I buy. Going for the structured quality items vs the fast fashion or getting Pyrex containers that are multipurpose vs. buying Tupperware. -environmentally better too–

Maybe it was time for a lifestyle change, No no it was definitely time for a more adult lifestyle change. As I go into my 30s its time to let a lot of my old habits go. Those same habits can no longer serve me where I’m trying to go.

What are some things you could let go?

Lets talk about it!

I’ve never understood how people could always be in a relationship. Don’t get me wrong I used to yearn to be in one, understandably so, who wants to be alone? How could you be in a relationship and never spent time with yourself? The older I get, the time I spend getting to know who I am, what I want , what I like and dislike and being comfortable and loving who I am; I wouldn’t trade for the world. 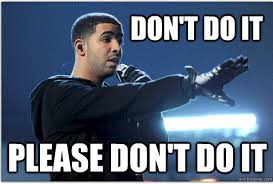 I won’t compromise who I am for someone else. You cannot ask me to change who I am for you. to love someone is to accept all of them and give the same respect in return. They may not agree with or understand it, but they have to accept me as I am.

A certain maturity level is required. I never understood how you can feel a certain way about your significant others past. Past relationships, past situationships, past jumpoffs, and friendships, if those people are not a threat to your relationship and they were before you, why are you in your feelings about it? Especially if it’s a friendship. If that friend is not being disrespectful to the friendship how can you ask them to drop their friend like a bad habit? And shame to the person that does it. To me that speaks volumes about your insecurities and ya’ll got deeper issues that need to be worked out. Be confident in who your with.

Now I understand I’m single – thank the lord- because it’s going to take a strong minded man to break this streak! You have to be pretty undeniable for me to lose focus on myself. Let’s be clear, a potential is not competing with other potentials, no no, you are competing with me! I’m focused man!!!!! You got to get me to do a double take at you, and trust me, that’s quite a task.
Now I may be a bit of a late bloomer, but it took me a while to be confident and secure in who I am. To be me; unapologetically. I think that is the MOST important thing to be walking into a relationship. Know you first boo boo, and then go get your man!